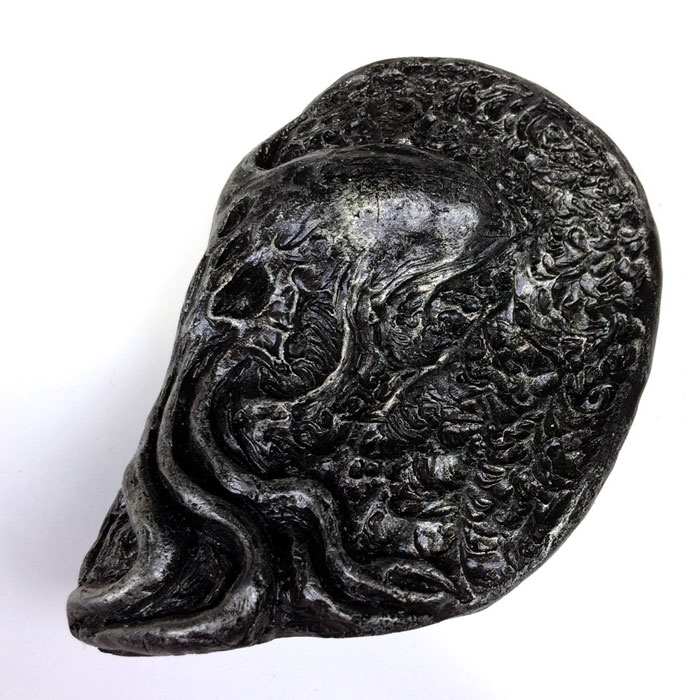 Posted onJuly 9, 2014 July 7, 2014.by Cthulhu Shop.Posted inSculptures.
Every 4 or 5 years, someone at Catalyst Studios (now Fictional Enterprises, technically) sculpts a bust of Cthulhu in a different style. This would be the 2014 version, originally sculpted by A. S. Koi, based on his depiction in the oil painting “Dreams Beyond Death”.Each urethane resin cast is about 3 inches tall at the highest point, and a bit over three inches in depth, about an inch and a half maximum width. They are limited to 66 castings; each is signed and numbered. There will be roughly 22 of each color produced; mold will be destroyed at end of run.

This is the metallic-finished black version, or as Koi likes to call it, the “Alien Metal” coloration.