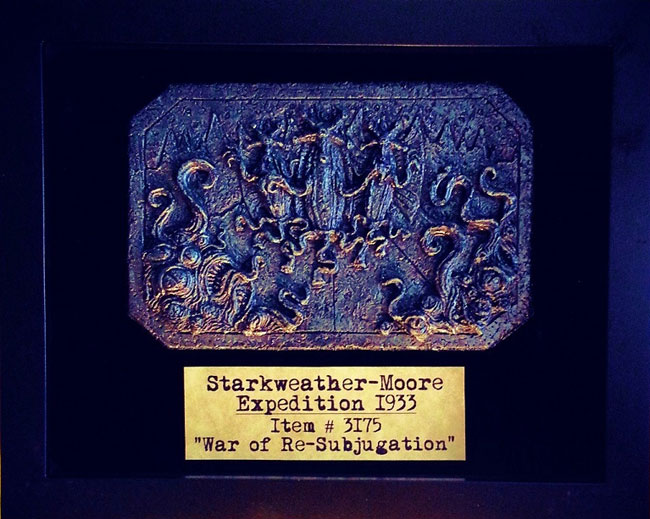 A medium sized relief sculpture also found in the Elder Thing city. Dubbed by the expedition as the “War of Re-Subjugation”, this artifact depicts a period in Elder Thing history when the slave race of Shoggoths had evolved to a point of intelligence and self-awareness.

The creatures refused to be obedient and Elder Thing society came to a halt. The Elder Things were forced to war with the Shoggoths by means of telepathy and esoteric technology resulting in Shoggoths being brought back under the Elder Thing’s sway. As later discoveries would prove however, this period would not last long.

Each “War of Re-Subjugation” is hand cast in solid resin and comes mounted in a black velvet lined shadow box with a catalog tag from the Starkweather-Moore Expedition. Measures 8″ x 10″