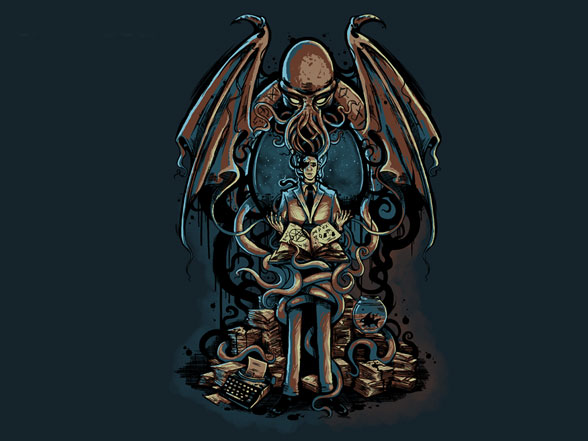 Many great artists have a leitmotif — a theme or topic that shows up over and over and over in their works. Think of Monet’s lilies or Hemingway’s bulls. But H.P. Lovecraft may take the cake for sheer number of recurring themes and images that appear in his tales.

You have to wonder: Was H.P. Lovecraft merely writer to entertain or astound his audience, or was he using his art to work through some psychological phenomena that haunted him throughout his life? Did he feel like the protagonists of his stories, sifting through the dark underbelly of the universe, or was he merely creating an elaborate fictional mythos for the purposes of entertainment?

It’s hard to read a Lovecraftian tale without thinking of the man behind it. So powerful, shrill, and consistent is its portent of doom that you have to wonder what monkey the author was trying to get off his back — or what cosmic channels he was attuned to.