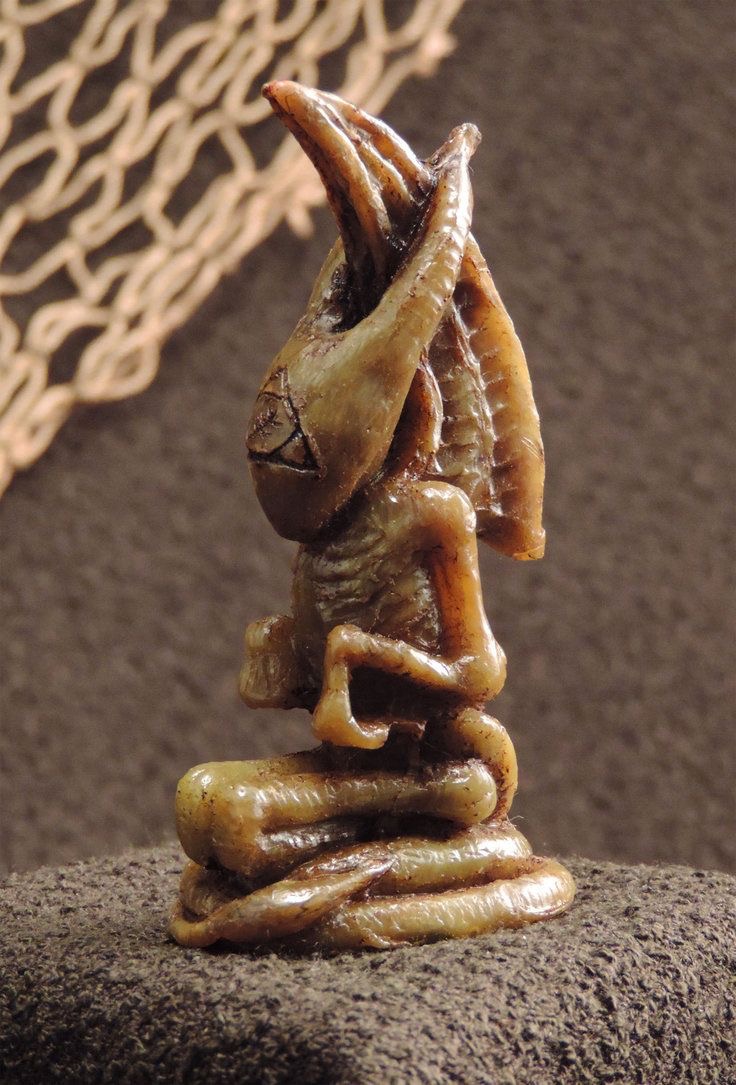 These items surfaced in Kerman, Iran, during the excavation of a temple-like structure from the 3rd Century. Items and inscriptions found led archaeologists to hypothesize that the temple had been used by an Esoteric Dream Cult. Traces of mind altering mixtures and incense, coupled with strange tablets describing dream travel and fantastic heavenly beings support this. The varied, but eerily similar carved statuettes from an unknown material were said to be gifts from a god, YibbTstll, and were meant to act as the worshiper’s servant in the “Dreamlands”. Though rare, these effigies have turned up in private collections as well as museums. 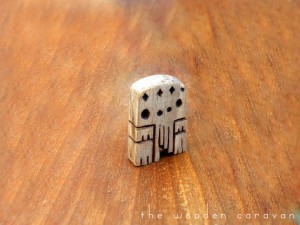